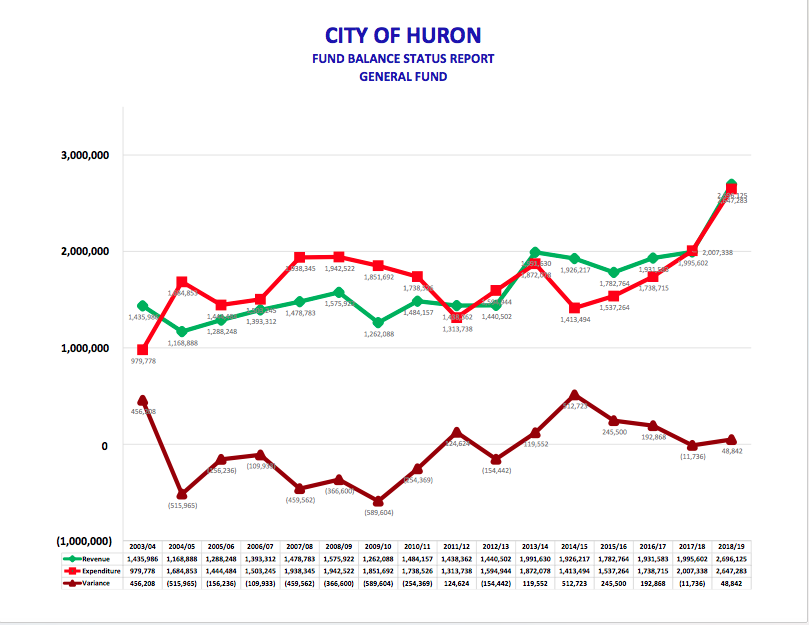 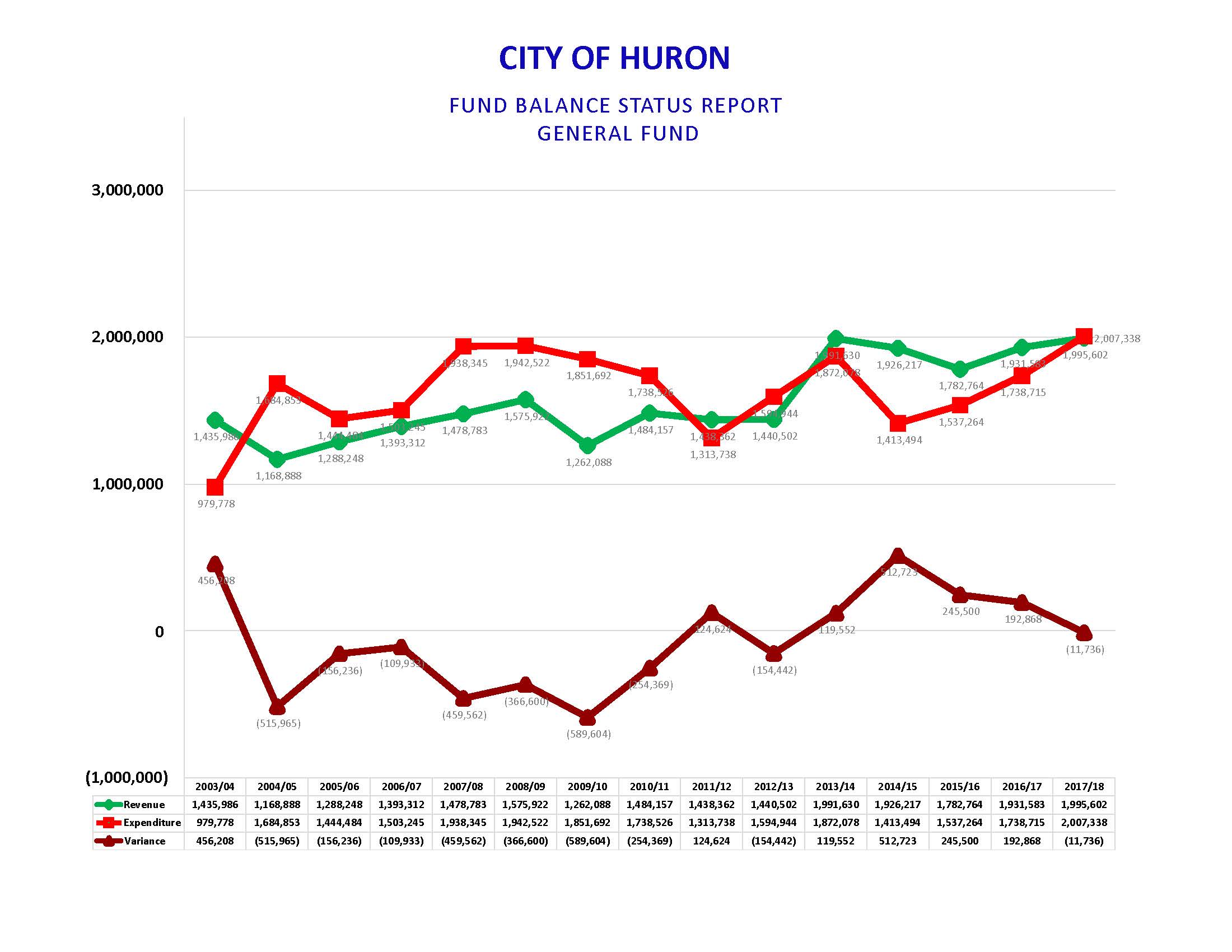 The General Fund Balance Status Report shows the fiscal health of the City of Huron’s finances since FY2003.  The City’s financial condition crashed in FY2004-2005 when it spent more money than it took in revenues, leaving a General Fund Balance Deficit of $515,965.  Deficit spending continued until FY2009-2010 when the accumulated General Fund Deficit hit $589,604.  In FY2010-2011, the City began its fiscal recovery by slashing spending and making major changes in City operations under the fiscal leadership of City Manager Jack Castro.  In FY2011-2012, the City of Huron posted its first General Fund Balance Surplus of $124,624.  Since that time the City has been able to keep expenditures in line with revenues.  During FY2016-2017 the City had a surplus General Fund Balance of $196,868.  Revenues and expenditures were virtually equal in FY2017-2018.  City Manager Jack Castro and City staff are working hard each day to insure the financial health of the City.